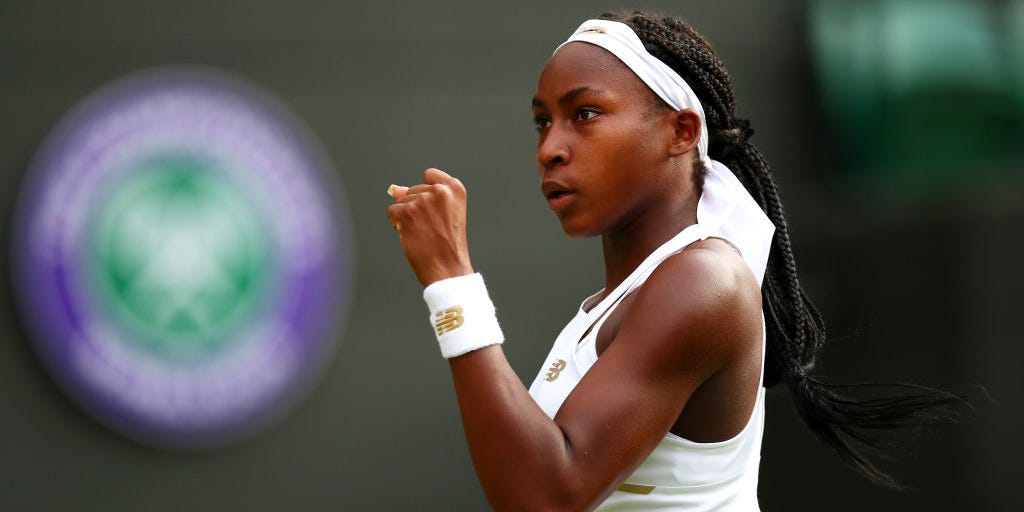 Who is she?
Cori Gauff, familiarly known as Coco, was born on March 13, 2004 in Delray Beach, Florida. She is a WTA Tennis Professional and teen prodigy.

A slender and athletic young woman now, Coco has been blessed with excellent athletic genes. Her father, Corey Gauff, was a basketball player at Georgia State University. Her mother, the former Candi Odom, excelled at track and field while at Florida State University.

The eldest of three children, Coco was encouraged to participate in numerous sports. Her interest in tennis was piqued at age four, when she watched Serena Williams win the Australian Open trophy in 2009 on the television. Subsequently, Coco started playing tennis at the age of six.

She then won the “Little Mo” eight-and-under just two years later. That was a defining moment for Coco: she decided that she wanted to become a professional tennis player.

Seeing their daughter’s commitment to the sport, her parents gave up their careers in their respective fields and focused their time and energy on Coco’s training. Her father became her primary coach while her mother saw to her home-schooling.

At age 10, Coco undertook training at the Mouratoglou Academy in France. Patrick Mouratoglou, owner of the academy and Serena Williams’ long-time coach, was immediately impressed by Coco’s focus, determination, athleticism and commitment to tennis. Mouratoglou has been instrumental in sponsoring Coco’s tennis career.

Her successes came rapidly: at age 10, she won the USTA Clay Court National 12-and-under title, earning her the distinction of being the youngest champion in the history of the tournament.

What does she do?
Today, Coco Gauff is a professional tennis player and titleholder on the WTA tour. She is currently ranked number 52 in the world in singles. Coco also plays doubles with fellow American teen, Caty McNally. Coco was a world no. 1 on the junior tour

Why watch?
In 2019, when tennis great Billie Jean King declared that the then 15-year-old Coco Gauff has a “certain It factor” and that she is “a special one,” tennis fans were alerted to Coco’s prodigious and precocious skills.